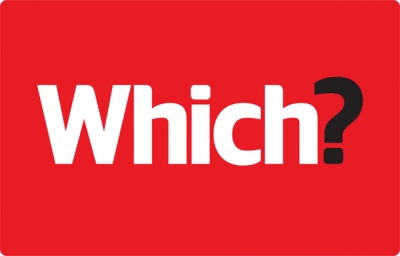 Neil Howieson, Managing Director of Domestic Appliance Helpline and Samson Maintenance Plans, has recently assisted consumer rights group Which? The group wanted to carry out an in depth investigating into the build quality and repair-ability of modern washing machines. The investigation consisted of the complete dismantling of four very old washing machines, and eight brand new ones. It has long been suspected that modern appliances are built to a much lower standard than much older ones, and that cheaper components are used, many of which are sealed or complete units, wherein individual parts cannot be obtained and fitted.

Please read on for the Which? Final report and Neil’s thoughts and comments.

Are washing machines built to fail? Which? chart the rise of the throwaway appliance

A large number of modern washing machines have been designed in a way that can make them so costly to repair, it can outweigh the cost of a brand new machine - or as near as makes little difference.

A Which? investigation has found that a vital part of the washing machine, the bearings, are being sealed away where repairers cannot access them should they fail.

Bosch, Beko, Indesit, Hotpoint, Indesit, AEG and Zanussi all make machines that have sealed drums - and some of these manufacturers have confirmed they only make washing machines with sealed drums.

Which? members can find out more about the issue in the July 2015 issue of Which? magazine. To read online, members can log in, and access the article by going through 'My Account' and selecting the 'Which? magazine archive'. If you're not yet a member, sign up for a £1 trial to Which? to get instant access.

Which? laundry appliance expert Adrian Porter said: 'Taking apart these machines revealed that the majority of machines made today have sealed drums - where the traditional metal tub has been replaced with a plastic one that has been welded shut - sealing off access to both drum and bearings.

'If you own one of these machines and the bearings fail, which is one of the top five most common problems with washing machines according to our annual reliability survey, you may have to replace the whole machine as it would uneconomical to repair.

'None of the machines from the 1980s and 1990s that we dismantled had a sealed drum. On these older machines, the bearings could be accessed and replaced if needed. It seems that washing machine design has changed over time - and not for the better.'

Which? member Ian Mitchell who wrote to us earlier this year, having experienced this exact problem: 'I bought a washing machine in 2009. It has been very reliable, but recently the spin cycle has been excessively noisy.

'The repairer confirmed that the drum bearings had gone. But when he took the top off the machine, the drum (and bearings) were sealed inside a plastic outer tub so they can't be replaced.

'The entire drum would need to be replaced, costing more than £200, plus labour. I was his second customer that day, the first customer had an identical problem.